Edit
watch 01:36
We're Getting Mutants in the MCU - The Loop
Do you like this video?
Play Sound
For other uses, see Battletoads (disambiguation).

Battletoads is the first game of the Battletoads series. It is developed by Rare and published by Tradewest. It was originally released for Nintendo Entertainment System in 1991, with ports for the Sega Mega Drive, Sega Game Gear, Amiga, Amiga CD32 and Nintendo Game Boy (with the subtitle Battletoads in Ragnarok's World so as to separate it from the earlier-released Game Boy sequel). 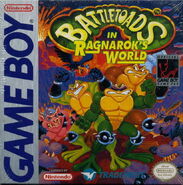 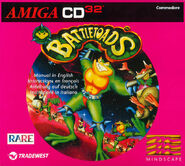