Battletoads (working title) is an upcoming game announced for release in 2020 by Microsoft. It is the newest title in the Battletoads franchise and the first one in over twenty years. It is being developed By Rare and Dlala Studios.

In 2013, Phil Spencer from Microsoft's Xbox team mentioned his fondness for Battletoads while asking the fans what Rare games should be brought back for the Xbox One.[1] On November 10, 2014, "Battletoads" was re-trademarked in the United States.[2] Spencer appeared publicly in a Battletoads T-shirt in January 2015,[3] just days after Microsoft Studios' Ken Lobb (creator of the Killer Instinct 2013 reboot) said they have plans to bring Battletoads and the other classic Rare series back "someday".[4] The new Battletoads game was formally announced by Microsoft at E3 2018.[5]

A gameplay trailer was shown at E3 2019 and the game was confirmed to be released in 2020. 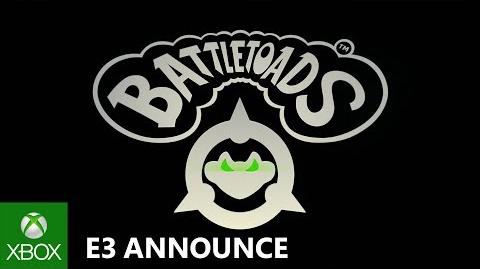 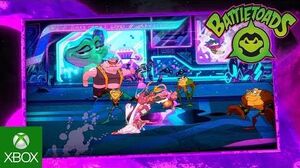 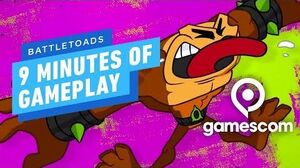 Retrieved from "https://battletoads.fandom.com/wiki/Battletoads_(2020)?oldid=5845"
Community content is available under CC-BY-SA unless otherwise noted.