"He can't use a yardstick"

"Increasing all the time"

Big Blag is one of the Queen's top enforcers, commanding her rat army. In all appearances, he is a strong and morbidly obese brown rat with unkempt black hair. In the original Battletoads and in the Game Boy game, Blag wears spiked black leather briefs and spiked black leather shoulder bands, and a spiked ball at the end of his tail. In Battletoads & Double Dragon: The Ultimate Team, Blag wears a teal singlet that does not cover his front upper body.

In the arcade game, Blag wears a purple full singlet, torn beige leggings, bracelets, a spiked ball on his tail, as well as ammunition belts across his torso and wrapped around his shoulders. During certain moments in his appearance, Blag doubles in size and his outfit spontaneously changes to one more resembling his outfit in the first games (the singlet, bracelets and ammunition belts disappear), but his leggings and hair become a lavender color.

Like most of the enemies in the franchise, Big Blag made his debut appearance in the first game. He is mentioned in the title opening, and appears in-game in Stage 5, Surf City, where he uses his heavy body and spiked tail to damage the player, either doing high jumps or hopping to attack. The best way to deal with him is using dashing attacks.

He returns in the Game Boy game, where he appears as the boss of Stage 6, only doing high jumps this time. Because of the smaller arena he is much tougher to defeat, requiring the player to jump coordinated with him and attack him in the air.

In Battletoads and Double Dragon he is the boss of the second stage, Blag Alley, where he jumps with one of his arms clenched and sticking out. The same tactics from the first game can be used on him there.

Big Blag makes another appearance in the Battletoads arcade game as a boss in his last major encounter. He looks more vicious and has stranger ways of attacking than before. He is now able to kick and roll to attack, as well as enlarge himself to flatten the player.

Big Blag has also appeared in the animated pilot as one of the Dark Queen's followers. He only appears briefly in one scene where he kidnaps Angelica, but is never identified by his name nor does he speak. 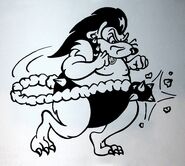 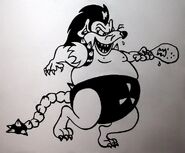 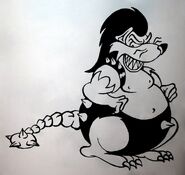 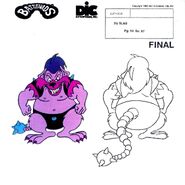 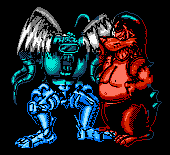 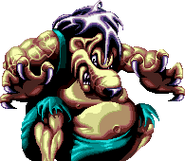 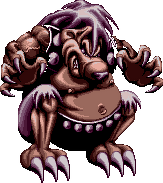