Killer Instinct is a fighting game and the third game in the Killer Instinct series, serving as a soft-reboot of the series as a whole. While it was first released in 2013, Killer Instinct has been divided into three separate phases of development called "seasons". The first season was produced by Double Helix, and the second and third were by Iron Galaxy Studios, following the acquisition of Double Helix by Amazon.

Each season contains a new set of characters, stages, game modes, and other features. The third season of the game introduces Rash as one of the new playable characters, and the first guest fighter to join the game's roster. 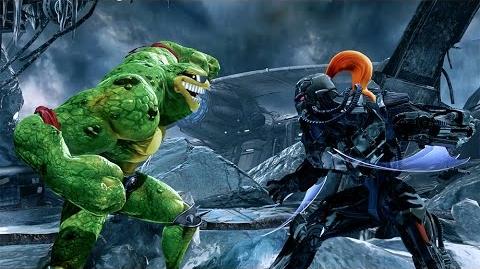 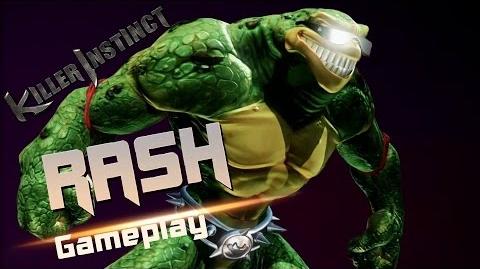 Killer Instinct Rash Gameplay
Add a photo to this gallery

Retrieved from "https://battletoads.fandom.com/wiki/Killer_Instinct?oldid=6218"
Community content is available under CC-BY-SA unless otherwise noted.