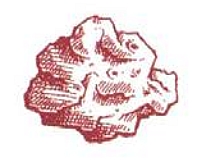 Meteorite, also referred to as Astro Boulder, is a recurring enemy from the Battletoads series.

Originally appearing in the Volkmire's Inferno level in the first game, Meteorites serve as obstacles in the Turbo Jet section, appearing randomly from the right side of the screen and forcing the player to dodge them.

In Battletoads & Double Dragon: The Ultimate Team, they appear in the Ratship Rumble level, where they are constantly dispensed by the Colossus. Here, the player must use the missiles from it's Space Pod to destroy them. If they're shot with the pod's regular shots they'll break down insto smaller pieces.

Retrieved from "https://battletoads.fandom.com/wiki/Meteorite?oldid=5996"
Community content is available under CC-BY-SA unless otherwise noted.