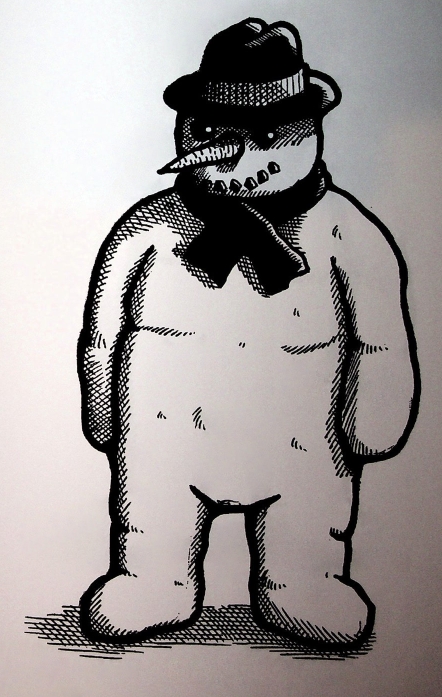 Mr. Frosty, also known simply as Snowman, is an enemy from the original Battletoads and Battletoads Arcade.

In the original game these snowmen appear in the fourth stage, Artic Caverns. They're stationery enemies which constantly throw snowballs from a distance. At the beginning of the stage the player can throw snowballs back at them, but later the player must rush at them to hit them directly.

They appear again in the Arcade game, where they have a similar attacking pattern, though they're helped by a strong wind which pushes the player back. Later on they're also able to roll around to hit the player.

Battletoads (Arcade)
Add a photo to this gallery
Retrieved from "https://battletoads.fandom.com/wiki/Mr._Frosty?oldid=6324"
Community content is available under CC-BY-SA unless otherwise noted.