I may not be smart, but when brain power fails, brute force prevails!Pimple

Pimple is one of the protagonists of the Battletoads franchise, alongside Rash and Zitz.

Pimple was originally a human game tester named George Pie, who much like his buddies was transformed into a toad upon entering the Gamescape. Pimple is the largest and meanest of the toads, and though he is not as smart as his friends he comes to the rescue when they need a hand. He prefers to fight rather than talk, which has sometimes got him in trouble. Pimple is easily identified both by his large, bulky size and brown skin, wearing wristbands and knee pads. In the 2020 reboot Pimple is shown to be a pacifist who disapproves of meaningless violence, likely as a result of him flying into a unstoppable rage if he is pushed too far. In gameplay, he is very strong but very slow and lowest skilled of the team, dealing a lot of damage with short combos.

Pimple's Smash Hits are large and simplistic, doing massive damage in a single blow by incorporating things such as anvils, hammers and one-ton weights. In general he prefers to fight with this fists rather than his feet. 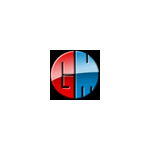