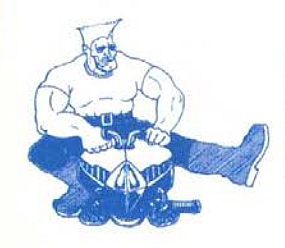 Ryder is an enemy from Battletoads & Double Dragon: The Ultimate Team.

Ryders are thugs on hoverbikes who give chase to the player and attempt to knock them off their own Speeder Bikes. They appear in the tunnel in Level 2-3, where players must fend them off while riding their own Speeder Bikes. They either try to kick the player if they come from the front, or bump their hoverbikes on them if they come from the rear.

They can be pretty tricky, since they can knock the player off their bike, causing an instant death if not careful.

Battletoads and Double Dragon (SNES)
Add a photo to this gallery
Retrieved from "https://battletoads.fandom.com/wiki/Ryder?oldid=5532"
Community content is available under CC-BY-SA unless otherwise noted.