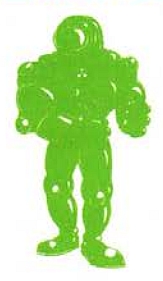 Shadow Marine is an enemy from Battletoads & Double Dragon: The Ultimate Team.

Shadow Marines are thugs clad in space suits who serve the Shadow Boss. While they're not particularly difficult to defeat, their punches and "human drill" attacks can take a chunk of the player's health. They can also knock the player off the Colossus when hanging from the edge of the tail if they're not careful.

They reappear in the final stage, just before the battle against the Dark Queen.

Retrieved from "https://battletoads.fandom.com/wiki/Shadow_Marine?oldid=5452"
Community content is available under CC-BY-SA unless otherwise noted.