Zitz was originally a human game tester named Morgan Ziegler, who much like his buddies was transformed into a toad upon entering the Gamescape. He's the team's leader and most intelligent of the group, being differentiated from the other Battletoads by wearing a utility belt, gloves and a wrist computer, as well as studded knee pads. His advantage is not brute force, like Pimple's, which he compensates with his intelligence. He originally had yellow skin, which was changed into dark green in subsequent games.

In the animated series pilot Morgan/Zitz speaks with a slight Southern drawl and had light green skin in his Battletoads form. He was voiced by Ian Corlett. 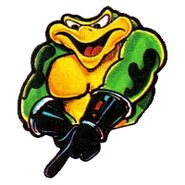 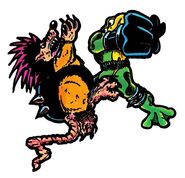 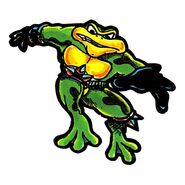 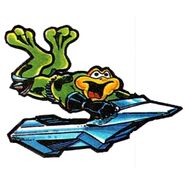 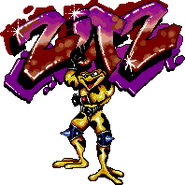 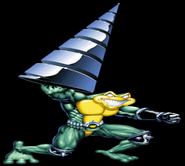 Retrieved from "https://battletoads.fandom.com/wiki/Zitz?oldid=5134"
Community content is available under CC-BY-SA unless otherwise noted.